Until recently, there were limited options for most computer users who wanted to protect their data from loss in the event of a hard drive failure. These options were manually copying files to a backup drive or using cumbersome backup software. If users failed to perform one of these mundane tasks prior to a hard drive failure, they had to spend considerable time and money to recover even a portion of the data on the drive. Server and desktop computer users have long enjoyed the security and benefits of RAID (Redundant Array of Independent Disks) technology to recover data in the event of drive failure.

NOTE: The illustrations in this guide are provided in English only.

This chapter defines the terms used in this guide and describes the RAID technologies supported by select HP Business computers.

Some of the terms in the following table have a broader meaning, but they are defined in relation to the RAID implementation described in this guide.

RAID 0 stripes, or distributes, data across both drives. This allows data, especially large files, to be read faster because data is read simultaneously from both drives. However, RAID 0 offers no fault tolerance, which means that if one drive fails, the entire array fails.

RAID 1 copies, or mirrors, identical data on two hard drives. If one hard drive fails, RAID 1 allows data to be recovered from the other hard drive.

RAID 5 distributes data across three hard drives. If one hard drive fails, RAID 5 allows data to be recovered from the other two hard drives.

Flexible data protection (Recovery) is a feature of Intel® Rapid Storage Technology software. Recovery enhances RAID 1 functionality with several features that make it easier for users to mirror data to a designated recovery drive. For example, Recovery allows users to determine how the recovery volume is updated, either continuously (the default) or on request. Recovery also enables docking and undocking of the computer if the second drive is in the docking station’s bay.

The following table describes the functions, applications, and advantages and disadvantages of the supported RAID modes.

Data is distributed across

Read performance is higher than that of a non-RAID hard drive.

The entire array fails if one drive fails; data cannot be recovered.

Storage space may be wasted if the capacities of the primary and recovery hard drives are different (see HP SATA drive option kits on page 6).

Only half of the total drive

capacity can be used for

Storage space may be

wasted if the capacities of

the primary and recovery

Distributes data across three hard drives. If one hard drive fails, RAID 5 allows data to be recovered from the other two hard drives.

A good choice for large

During a RAID rebuild after a hard drive fails, system performance can be decreased.

Performance is easy to understand, but it is difficult to measure because it involves several factors, some of which are beyond the scope of this document. Overall storage performance is determined by write performance and read performance, both of which vary based on the RAID technology selected.

This section describes the devices supported for RAID migration, including the SATA drives, computers, and docking station. Device support is summarized in the following table and then explained in more detail below the table. External USB SATA drives connected to the computer or docking station cannot be used for migrating to RAID.

SATA hard drives in the

Primary and secondary bay SATA hard drives in the computer

HP offers SATA drive option kits for the computer Upgrade Bay and the docking station’s SATA-swappable bay to support RAID migration. For optimal RAID performance, it is recommended that both drives have the same speed. However, supported HP Business computers allow drives with different speeds to be used in a RAID volume.

External SATA, or eSATA, is an external interface that allows a SATA drive to achieve data transfer speeds up to 6 times that of a SATA drive using a standard USB 2.0 interface. The following illustration shows a supported computer with a primary hard drive (1) and an eSATA drive (2) connected to the eSATA port (select models only) to allow Recovery. Regarding the capacity of the

eSATA drive, the same recommendations apply as stated for secondary drives in the computer Upgrade Bay. 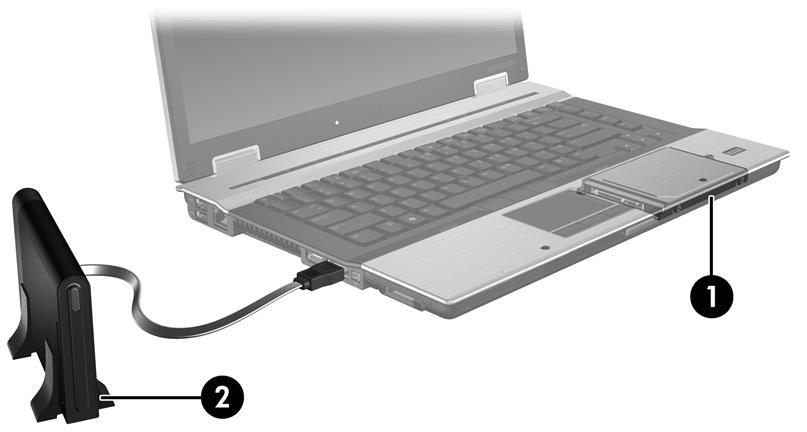 The following illustration shows a supported computer with the primary hard drive (1) and a secondary hard drive in the Upgrade Bay (2) that allows RAID 0, RAID 1, and Recovery. 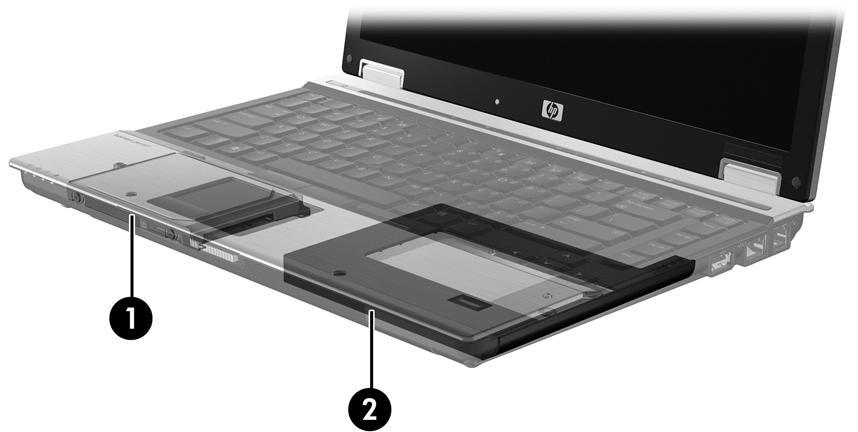 The following illustration shows a supported computer with the primary hard drive (1) and secondary hard drive (2), with the third drive in the Upgrade Bay (3) that allows RAID 5.

Recovery supports docking and undocking. It can be used to implement mirroring between the primary hard drive (1) and an optional hard drive in the SATA-swappable bay of the HP Advanced Docking station (2).

The following illustration shows an HP Advanced Docking Station with the recovery hard drive in the SATA-swappable bay that allows Recovery.

The Advanced Host Controller Interface (AHCI) is a specification that allows the storage driver to enable advanced SATA features such as Native Command Queuing and hot plug capability. AHCI must be enabled in the Computer Setup (BIOS) for these features to apply (see Enable RAID using the Computer Setup (BIOS) (f10) on page 12). AHCI is enabled by default on supported HP Business computers.

A read/write drive head writes data to a hard drive platter in concentric circles (tracks) based on the order in which the write request was received. Because applications rarely request data in the same order that it was written to the platter, long delays (latency) would result if the drive head had to locate data in the exact order that the hard drive receives read requests. Native Command Queuing (NCQ) allows SATA hard drives to accept multiple commands and change their execution order to improve performance. This is analogous to the way an elevator reorders floor requests to minimize travel time and mechanical wear. Similarly, NCQ reduces the latency and unnecessary drive head movement required to execute multiple outstanding read/write requests, resulting in increased performance and reliability. NCQ requires support from the Computer Setup (BIOS), SATA controller, and controller driver.

NOTE: Intel® Smart Response Technology requires that the SATA controller be set to RAID mode in Computer Setup (BIOS). Typically, SRT is already enabled and in RAID mode from the factory, and no further user configuration is required.

Intel Smart Response Technology (SRT) is an Intel Rapid Storage Technology (RST) caching feature that significantly improves computer system performance. It allows a user to configure computer systems with an SSD mSATA module used as cache memory between the hard disk drive and system memory. This configuration provides the advantage of having a hard disk drive (or a RAID volume) for maximum storage capacity while simultaneously delivering an enhanced system performance experience.

NOTE: Intel Smart Response Technology caching is implemented as a single drive-letter solution. No additional drive letter is required for the SSD device used as a cache. Typically, SRT is enabled from the factory, and no further user configuration is required. SRT is not supported when used with SSD or SED drives.

NOTE: If you add a hard drive and intend to set a RAID volume, you must temporarily disable SRT. RAID volumes (i.e. – RAID 0, RAID 1, etc.) cannot be created if SRT is enabled. Disable SRT to create the desired RAID volume. After temporarily disabling SRT, you must reenable SRT. If you intend to reinstall the software image, SRT must first be disabled. You must select Set to Available before reinstalling the operating system and associated software.

NOTE: HP does not support SRT with self-encrypting drives (SEDs).

NOTE: It is recommended to use the maximum size. Any remaining space on the SSD may be used for data storage using the simple data single disk.

NOTE: It is highly recommended to accelerate the system volume or system disk for maximum performance.

The page refreshes and reports the new acceleration configuration in the Acceleration View.

NOTE: Before replacing or reimaging a hard drive, you must disable SRT.

With Recovery, you can determine how often the mirror hard drive is updated: continuously or on-request. When using the continuous update policy, data on the primary drive is simultaneously copied to the mirror drive as long as both drives are connected to the system. If you undock the computer while using the docking station’s recovery drive, all new or revised data on the primary hard drive is automatically copied to the recovery hard drive when the notebook is redocked. This policy also allows for an unfinished mirroring operation to be completed if it was interrupted when you undocked the notebook.

NOTE: You can change the mirror update policy at any time by right-clicking Modify Volume Update Policy.

Simplified migration from RAID to non-RAID

Users can migrate from a RAID 1 or Recovery volume to two non-RAID hard drives, called “breaking the array,” by following the instructions in Resetting RAID drives to non-RAID on page 25.

The following instructions assume that a supported hard drive is installed in the computer Upgrade Bay, in the SATA-swappable bay of the docking station, or connected to the eSATA port of the computer (see Devices supported on page 6).

The basic RAID migration steps are as follows:

CAUTION: Make sure that the computer is connected to AC power before initiating the following procedures. The loss of power during RAID migration can result in the loss of data.

NOTE: The following procedures assume that you are using the hard drive image that shipped with your computer. If a different image is installed on your computer, you must first enable RAID through the Computer Setup (BIOS) (f10), and then install the operating system and all required drivers, including the Intel Rapid Storage Technology driver. Next, follow the steps in Initiate RAID migration on page 14. RAID volumes are created primarily between the primary hard drive and an internally-connected secondary hard drive. RAID volumes are not allowed to be created between a primary hard drive and an externally- connected hard drive. Creating a RAID volume between two externally-connected hard drives is possible, although there is little benefit in doing so.

NOTE: If you do not press f10 at the appropriate time, you must restart the computer, and then press f10 again to access the utility. 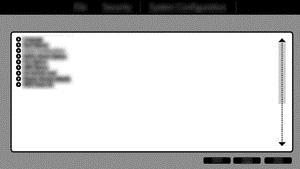 NOTE: Below SATA Device Mode, there is a check box for Ctrl I Prompt. If this is selected, the Intel option ROM screen is visible during the computer bootup time. 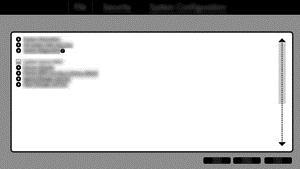 CAUTION: Do NOT turn the computer power off while the ROM is saving the f10 Computer Setup changes, because the Complementary Metal Oxide Semiconductor (CMOS) could become corrupted. Turn the computer off only after exiting the f10 Setup screen. 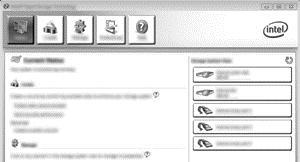 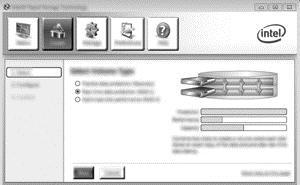 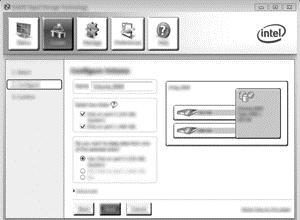 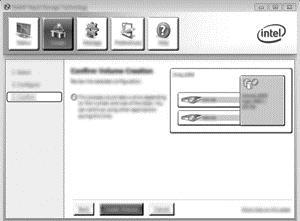 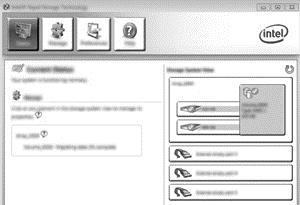 Recovery offers more control over how data is copied from the primary drive to the recovery drive. When the secondary hard drive is in the SATA-swappable bay of the HP Advanced Docking Station or connected to the eSATA port of the computer (select models only), Recovery is the only RAID option available. 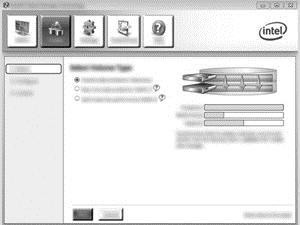 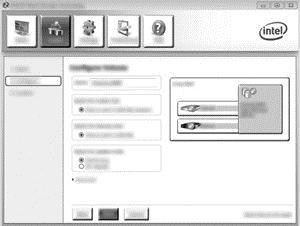 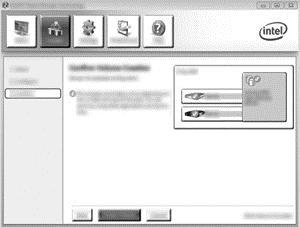 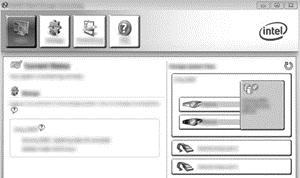 NOTE: When using an HP-supplied image, migrating to RAID 0 requires you to perform additional advanced steps, including copying data to an additional external USB hard drive. Please read the entire RAID 0 migration procedure before you begin. 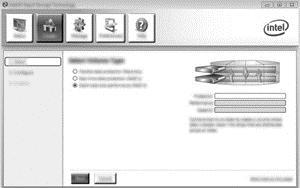 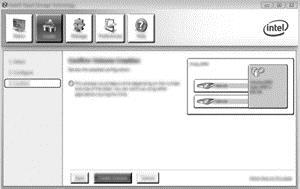 NOTE: Although the total capacity of the RAID 0 volume appears in the Console, the extra capacity created with the addition of the secondary hard drive appears to the system as unallocated space. After the system reboots, you must allocate the unallocated space. Windows 8 contains additional capabilities that allow you to create a single RAID 0 volume.

Migrating to RAID 5 (select models only)

NOTE: When using an HP-supplied image, migrating to RAID 5 requires you to perform additional steps, including copying data to an additional external USB hard drive. Please read the entire RAID 5 migration procedure before you begin. 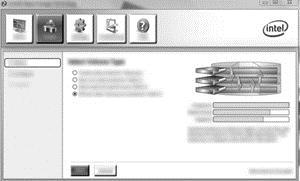